This is... going to be a fairly messy OP because honestly I barely know anything about this, but I figured it's at least worth a thread so we could catalogue all the different voice synthesizer programs somewhere on VVN. (Also, it's already had a few crowdfunding campaigns, which I'll get to in a moment.)

Despite the similar names, it is NOT the same thing as CoeFont Studio, which has its own thread here.

Coestation seems to be a speech synthesizer not unlike VOICEROID, CeVIO, A.I.VOICE, CoeFont, etc. What separates Coestation from the rest of these seems to be that you'll be able to use your voices from either your PC or smartphone. You can listen to examples of it on the website here.

CoeAvatar is... I think it's similar to A.I.VOICE Junior where individuals can apply for creating a tts of their own with Coestation's synthesis. Take that with a grain of salt; it's hard finding anything about this, oddly enough. They debuted this project by aiming to crowdfund three different Vtubers to become CoeAvatars (not unlike Tange Kotoe and A.I.VOICE Junior): Kurosu Yahiro, Shirogane Moka, and Washimiya Syuu. It's a much cheaper alternative than even A.I.VOICE Junior's plan - Tange Kotoe's goal was 2 million yen, Adachi Rei's goal was 3.5 million yen... Moka and Syuu's goals were 200,000 yen while Yahiro's was 300,000 yen.

Oh, all of these are masculine voices, too. All of these campaigns have already ended as of this posting. Yahiro and Moka reached their goals (Yahiro earned 1 million yen and Moka earned 230,500 yen total) while Syuu's ended being only 2% funded (5,500 yen raised).

Here are some videos demonstrating their voices (taken from their crowdfunding pages):

Overall, this seemed to fly under most peoples' radars, even on the JP side of the community. The fact that they're all male - or at least have masculine voices - may have something to do with it given the lack of interest / the historical pattern of masculine voices not doing well, but I think it's mostly just that... people just didn't know this was happening, me included until literally today.

So the purpose of the thread is basically just to post news and stuff if anything relevant happens. I don't think this will interest most people, but it's good to catalog regardless if anyone comes across anything.
Reactions: Blue Of Mind, WyndReed, TheStarPalace and 1 other person

SO sad to see Syuu didn't make it....at least the others did. I found it interesting how they have TTS voices in a variety of languages on the example website, though the interface is all in Japanese.
Reactions: Rylitah

It seems like a cool program but I wish the quality was there, they sound so unnatural in tone and expression. I can see it struggling with cevio and a.i.voice and others on the horizon. Kinda want to make a tts for syuu.
Last edited: Jul 18, 2021

Posting this just for the sake of archival, but I don't recommend supporting this product for various reasons that will be made obvious in this post.

A CoeStation (this is their first in-house one, not under the CoeAvatar brand for third parties) character was announced - her name is Hasuki Nemu, and her voice provider will be Saeki Iori. The artist of this character is lack, a very popular artist probably most known for their work in the Fate/Grand Order mobage, though they're also the illustrator of various Vtubers (Hololive + Nijisanji) and has done work for Touken Ranbu as well. She's 152cm tall, has a demon motif, and her birthday is July 21.
Her surname is derived from the prickly water lily, which is 鬼蓮 (onibasu) in Japanese. This particular flower represents purity and sanctity, and is also a seasonal word (used in haikus, a "kigo" is a particular word or phrase associated with a season) for the month of July.
Her given name, Nemu, comes from the kanji "音夢" (Nemu) which translates to "yume" (dream), in the hopes that people will be interested in this character.

The press release can be read on CoeStation's site here. She will be crowdfunded, and her campaign is set to begin on February 14 at FiNANCiE. If successfully funded, she will be given to those who backed her, with a public release maybe being considered afterwards.

Now comes the part on why she shouldn't be backed.

FiNANCiE is a new crowdfunding site where users can back pitches by... utilizing blockchain/cryptocurrencies - essentially buying NFTs to fund the products they wish to see come to fruition. I won't pretend I understand all the details behind this, but their homepage says that basically users can buy tokens and trade/sell them around to others.

In addition, those who buy tokens and back the project will also be able to provide input and influence future decisions made by the company (CoeStation). Source for this is this press release here (which I got from xuu's tweets discussing it!). So basically.... bad all around.

It's a shame, I really like this character design and would have been excited had it been a normal crowdfund. Instead it seems this is the direction the company is going towards....

I'll still post whatever updates (if I remember because I'm not going to be actively following this lol) happen because these things should be known about, but this is the first crowdfunding campaign I hope will fail.
Reactions: Stoo-S, TheStarPalace, WyndReed and 4 others

A massive shame about the NFT/crypto stuff, because I adore the character design. If anything, it's now being wasted on such a shady project.
Reactions: poser, MillyAqualine, frankensalad and 2 others

Uh... monkey's paw curls, I guess. It's definitely Lapis, but being associated with a synth/company doing NFTs isn't a great look.

It's under the CoeAvatar brand which is for third parties, but it's not much of a consolation orz

Reactions: MillyAqualine, Blue Of Mind, poser and 2 others

after so many years some lapis news
Reactions: MillyAqualine and poser

Rylitah said:
Uh... monkey's paw curls, I guess. It's definitely Lapis, but being associated with a synth/company doing NFTs isn't a great look.

It's under the CoeAvatar brand which is for third parties, but it's not much of a consolation orz

Unpopular opinion or whatever, but I seriously think the western fans are being way too aggressive about the CoeAvatar "situation".
(Especially on Twitter. I seriously wish that people who are upset would send their complaints to the correct contact (as in coestation itself) and actually communicate what the problem is, ex: "NFTs are known to harm the environment, use too much electricity, be pyramid schemes harming unaware individuals, be often connected to offshore banks" and so on. When SSS sold NFTs, a lot of people wrote caveman-level "NFT dumb you dumb" insults instead of properly explaining in a manner that can be taken seriously, it just comes of as crazy instead of productive.)

Anyway, I've never even seen any Western fans use CoeAvatar (feel free to share an example of it if anyone can find it), so boycotting because of the company crowdfunding through that NFT website is largely symbolic and kind of joke (in my humble opinion) due to the language barrier keeping people from even using their TTS service in the first place. (But the voice banks on CoeAvatar kind of sound like garbled crud anyway, honestly.)
Additionally, CoeAvatar isn't even popular with Japanese users! If you look on YouTube and niconico douga, nico only 1 page worth of results (less than 30 videos, mostly by one person) and YouTube is mainly Vtubers trying to bring awareness to their voice bank crowdfunds (that use money instead of NFTs).

To add to that, i-style Project is only in charge of Lapis and Merli, NOT the NFT crowdfunded voice bank and they aren't in charge of coestation's business decisions.
If i-style Project deserves to be guilty by association, then how about we go scold every actor/singer/Vtuber/whatever who has ever worked with CoeAvatar? Or are we only mad about people collaborating with the company since February or whenever that NFT bank got created? Or are we only specifically mad about Lapis because we don't know who the other actors/singers/Vtubers/whatever are?

Anyway, the screen shot NAT shared is from this (almost) 3 hr live stream: 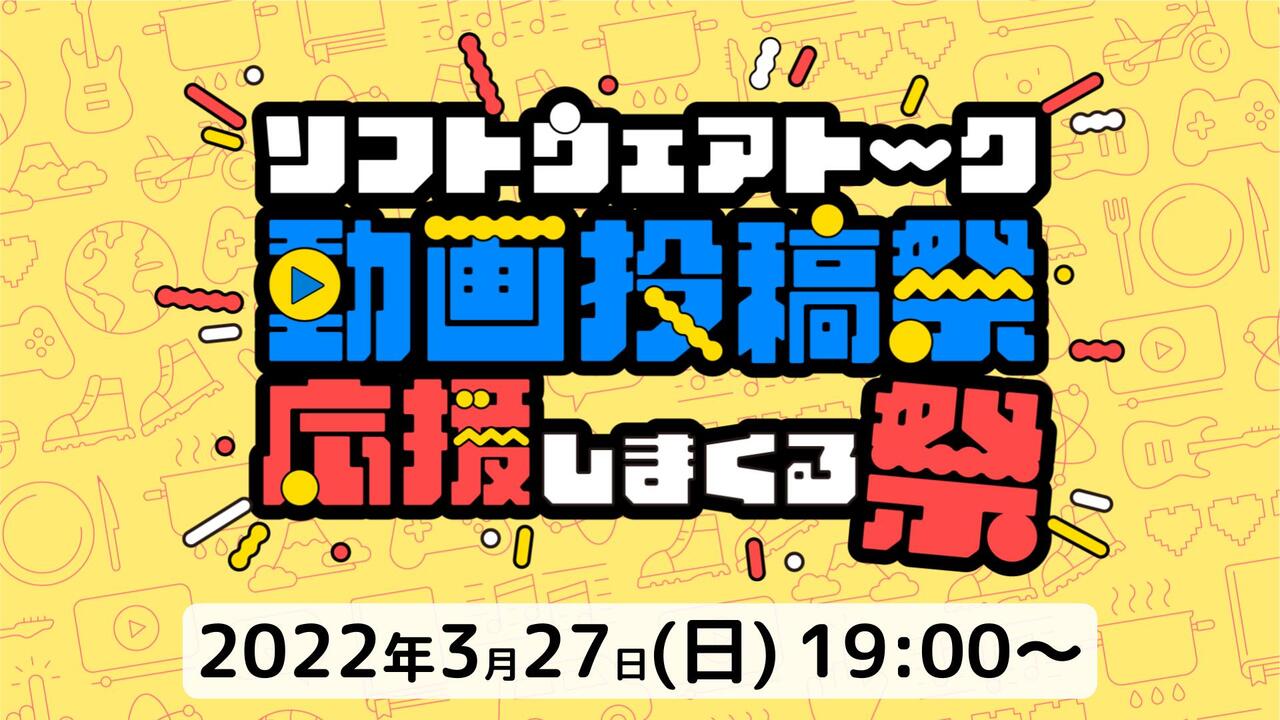 Yuzuki Yukari's VP, bumpyurushi (VOCALOMAKETS), the AIVOICE host lady, ZANSHIN guy, and a bunch of other vocal synth-related people were there. Main host was ryouran2525 (Twitter name). Basically a "thank you festival for vocal synths". There's no way I'm watching this entire thing, so I just listened to the intro and PowerPoint presentation-lookin' part. They spent A LOT of time talking about saunas and showing towel/swim suit pics that people can use for their vids, shilled some kinda official nico nico douga sauna gnome-lookin' hat.

About 32 min in, they talked about a tool to make KAFU talk (this is a tutorial, it works with all CeVIO AI banks, not just KAFU):

(Gosh, I just want to find the Lapis part. I'm 47 min in but I am going to safety save my post.)
Reactions: CdrSonan, YOYo_MAMA, poser and 1 other person

Oh wow, I somehow missed the memo on Lapis having a CoeAvatar bank at all. This design is so pretty

OMG she looks and sounds so cuuuute !! (Like, she's always done, but it's still very cute >w< )

Just a random question regarding CoeLapis, will her Vocaloid bank remain up ? Or is it bound to be retired soon ?

I can't believe I had the exact same reaction to her design as I did to Merli's outfit way back when: stunning, beautiful, completely unique, never been done before - apart from the booty shorts, which feel out of place.

I wish they'd fully committed to the vibe and given her an egl skirt. Overall I love the fancy Victorian aesthetic, it goes even better with her jewel theme than before.
Reactions: MillyAqualine, Blue Of Mind, TheStarPalace and 2 others

Lapis releases on the 21st

Reactions: MillyAqualine, Blue Of Mind, poser and 1 other person

hope they make merli too but i feel it to be unlikely
Reactions: MillyAqualine and lIlI

So with some some adjustments you can make CoeAvatar sing huh? It makes me kinda interested

Lapis released today. You can buy a 2 year license on the AHS store or you can try her trial which will be available up to august 31


Speaking of coeavatar they DID get a new vocalist. Azuma Lim MK-II with a motorcycle theme (although its sooo not apparent from her design). Her voice quality is. well err. on par as the other coeavatars lol
Reactions: pico
Show hidden low quality content
You must log in or register to reply here.
Share:
Facebook Twitter Reddit Pinterest Tumblr WhatsApp Email Link