okay that is indeed a strange concept for a singing show. And those models are.. eh. BUT, if they end up having a lot of positive feedback, maybe people will react better about us talking about virtual singers in the future, who knows lol
Reactions: nalondollie, MillyAqualine and Kazumimi

I guess the models were tweaked a little bit

They’re… a little better, I guess. They still feel very uncanny valley to me, though.
Reactions: MillyAqualine

for some reason all the shots of that "goth" looking one just look so bad to me. some of them look alright? but now its just a little too 'real' but badly done 'real' so it looks...uncanny. the fact that some of them are completely normal humans but with vibrant purple skin is also very weird.

also love the whole "cutting edge technology never seen on tv before" like for one thats very much not true, and also its what vtubers have been doing this whole time but with no budget so.
Reactions: MillyAqualine, Mika, Deleted member 6215 and 3 others
D

Exemplar said:
I guess the models were tweaked a little bit

They still look butt ugly
Vtubers with a -100$ budget looks better than this
Reactions: Exemplar, MillyAqualine and Kazumimi

The show's producer and Grimes broke down the show's visual look 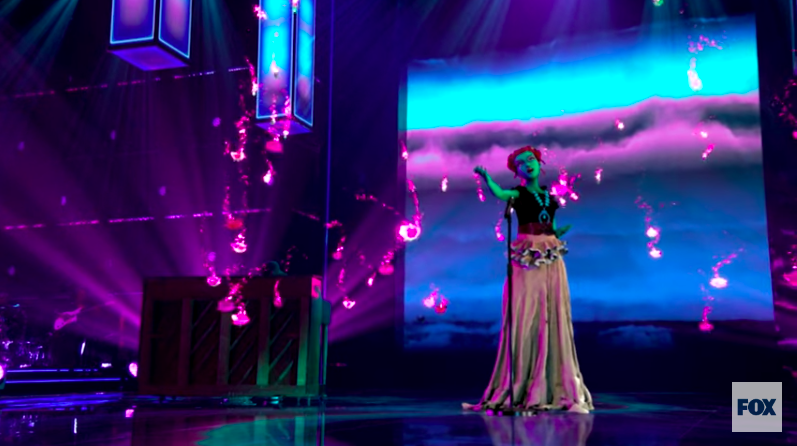 A singing competition where contestants don costumes of neon animals or creative creatures may seem quaint once viewers set their eyes on the technology-laden “Alter Ego.” “Alter …

The technology “Alter Ego” uses was not fully in place when the network announced the show at the May upfronts, Fox Entertainment president of alternative entertainment and specials Rob Wade admitted. When the team behind the show more fully immersed themselves in it, one thing they noted was that photo-realistic avatars were not quite up to the standards of being used on a show of this scale. Wade noted that the photo-realistic versions came across a little “cold” and “creepy,” which led to the show utilizing more fantastical avatars instead.

“You could have basically more fun,” Wade said of this style. “Why do a show called ‘Alter Ego’ with avatars if you’re just going to replicate human beings? They should be something a little bit more fantastical a little bit superhero-like, in a way.”

Added Grimes: “The average person would connect more, I think, to the fantastical alter egos because I feel like the main way people engage with alter egos in the current climate is through video games. … And so, they’re engaging more [with] the crazier type, and I think it’s actually more natural to them. Probably most people are already vibing into the alter ego space and [the show] is taking to the next level.”
Click to expand...

man. i completely agree with their wording in this article, about doing something more fantasical bc whats the point but also like. these avatars look so bad lol. even tho they arent hyper realistic humans theyre still kinda just.... humans with green and purple skin
Reactions: poser, Mika, Deleted member 6215 and 3 others

Those animations are... stiff and uncanny valley. Fox would've been better off throwing in Anime Girl models tho I feel like that would've been messed up somehow...

Also that article makes it painfully clear they did no research into Vtubers or anything of the sort and it pains me... I don't even engage in Vtuber culture that much and can tell... Interesting TV Show concept though...
Reactions: WyndReed, poser, MillyAqualine and 2 others

This is why the old media is dying. They always seem perpetually out-of-touch. They've always survived by manufacturing hype and giving the illusion that they're relevant.

Would it really kill them to track down a few people familiar with this kind of subject matter? Maybe grab some people who have done motion capture rigs and artists who know a thing or two about virtual persona design. I dunno, I think their target audience is expecting it to be kinda crap. If it was done too well they wouldn't know what to do with themselves.

It really makes you appreciate productions like NicoNicoCho Party who make something really good with a comparatively tiny budget and crew.
Reactions: Kazumimi, Eviltreat16, nalondollie and 2 others

Hmm, they definitely had the right philosophy, but they didn't take it far enough. I don't think they necessarily needed to imitate Vtubers: but referencing a tried and true style of 3D animated characters would have been smart. Something energetic and exaggerated like Hotel Transylvania, or classic and doll-like similar to Disney, would have worked fine. But they probably wanted to avoid looking 'childish', so were too cowardly to make something properly exaggerated. Though that said - what those studios do is harder than it looks.
Reactions: WyndReed, Kazumimi, nalondollie and 4 others

i feel like this is something that could be really neat if they did listen to the actual trend or got people who are big in it for opinions. could you imagine a vtuber singing contest that actually looked up to date? they could even get real, popular vtuber stars to be on it as a cameo, which im sure would bring in a lot of attention and normalize vtubers to many. and like sure, itd hit a niche audience, but at the same time... why is it so hard for these big studios to actually look into the trend theyre copying??? i mean i know why, its because they dont want to spend the money or resources on it but know at the same time, itll make them a shit ton of money
Reactions: WyndReed, Kazumimi, Eviltreat16 and 2 others 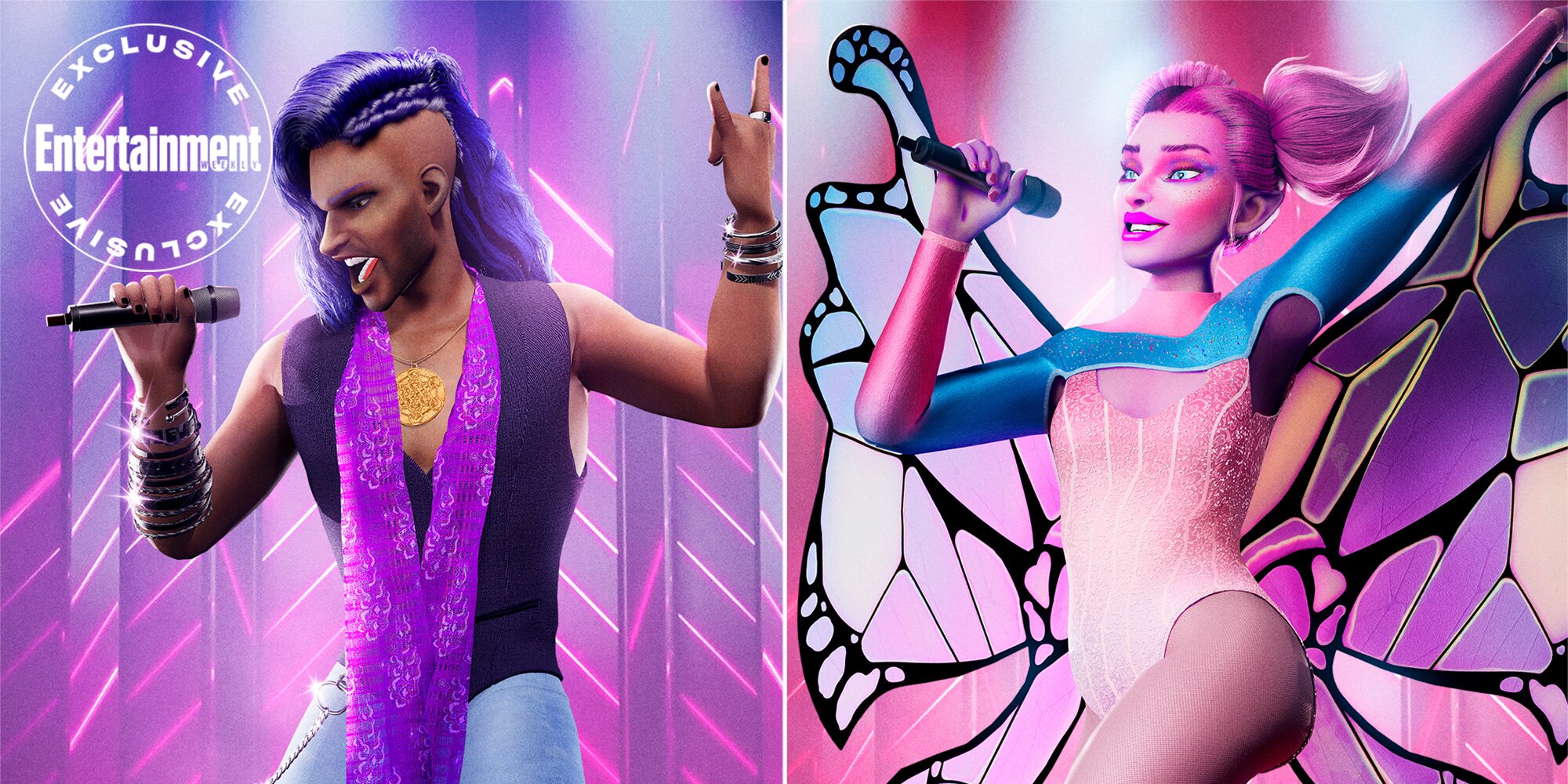 So create-a-character is a big thing for the show? It does explain a few things

well it definitely explained some thing though i kind of also doubt, from the perspective of someone who understands how much control is put on constestants in these kinds of shows, that these are also the raw creations of the people playing them... i bet they tweaked them some lol. but still, it may explain some of the shittiness or.... maybe theyre just passing the blame lmao.

it shows off that either 1) not everyone is a good designer! or 2) they made the creator so incapable your avatar would look shit no matter what
Reactions: MillyAqualine

Create your own avatar does not excuse those models' more plastic than Project Diva Future Tone plastic look... Or their animations. Or the lighting. I could go on a whole rant about this but won't. I can't get over how much these models look like ripoff Sims 4 Sim models.... Tho I feel like somehow Fox would've messed up anime-esque avatar models to be fair so... maybe this is somehow for the best?
Reactions: Deleted member 6215 and morrysillusion
Show hidden low quality content
You must log in or register to reply here.
Share:
Facebook Twitter Reddit Pinterest Tumblr WhatsApp Email Link