Amanzon Listing
​
Thanks to an early Amazon listing (which seems to have become AH Software's worst enemy), we have confirmation of a new VOICEROID2 vocal called Iori Yuzuru. The stream officially announcing him should be coming tomorrow. 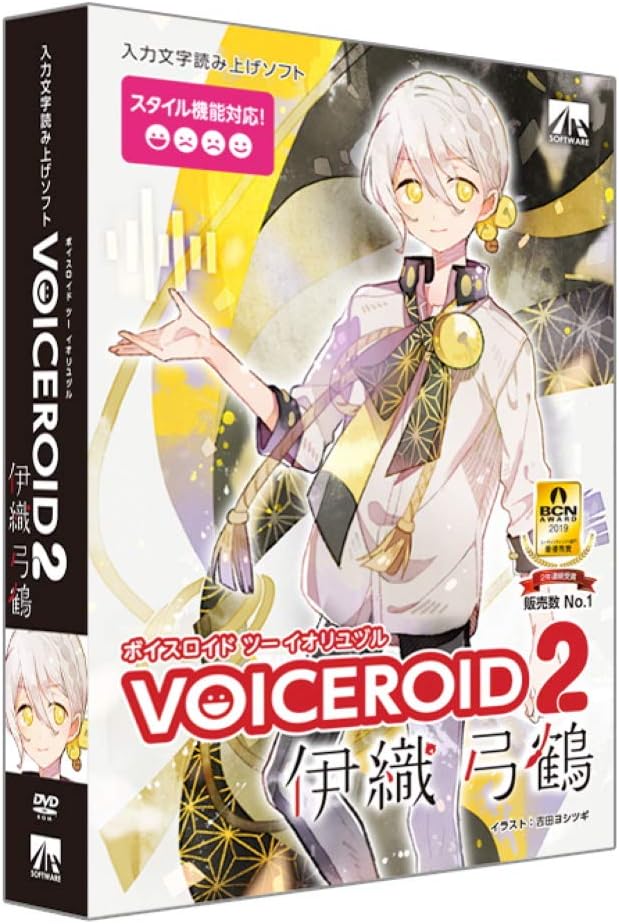 What do you think of his voice and design? Feel free to discuss him.
Last edited: Jan 29, 2020
Reactions: kozet, peaches2217, First Sound Future and 2 others

Ohhh I love him! His design is so nice (although I almost wish his shirt wasn't quite so baggy at the bottom?). His voice is very nice. Gentle and calming. The sorrow and joy factors sound nice too, although I'm not a big fan of the anger one.

Likes Engloids way too much

I adore him, he has that "ikemen" sound I've wanted out of more vocal synths

This is one of the few times I've actually considered getting voiceroid...
He seems to be drawn by the same person that did Aoi and Akane too, which is nice.
Reactions: Leon and xuu

While voiceroids aren't really my thing, I do appreciate his design and I like the softness of his voice.
Reactions: Leon

TheStarPalace said:
I adore him, he has that "ikemen" sound I've wanted out of more vocal synths

This is one of the few times I've actually considered getting voiceroid...
He seems to be drawn by the same person that did Aoi and Akane too, which is nice.
Click to expand...

Oh agreed, except that tbh I have no practical use for Voiceroids, and I'd be better off saving my money for that AHSloid bundle later this year, so I'll have to pass.

Link to the stream:


I quite like his voice and his design (I just wish he looked older, his voice sounds more mature than he looks). I feel like I want to pre-order him and make him my first Voiceroid. Want to try out Kotonosync.

The artist for Iori is Yoshida Yoshitsugi (吉田ヨシツギ), the same artist who drew Akane and Aoi Kotonoha. I am wondering if these three will be related. (Doesn't it seem like AHS is going super hard on the traditional Japanese themed Voiceroids lately?)
Reactions: TheStarPalace

I feel like his voice doesn't "fit" his design but at the same time I like that? It's kind of like with Iroha, you expect a younger sounding voice and then get surprised with a voice that is much more mature. And the design combined with the background is really great since it looks more interesting when artists experiment with their artwork (I feel the same way with Aoi and Akane's boxart).

Since the stream is soon I wonder if they will talk more than just about Yuzuru. It would be cool to hear an English Voiceroid or hear more news in general about upcoming Voiceroid products.
Reactions: Kazumimi and Leon

Likes Engloids way too much

His homepage did get taken down, maybe there were too many people at once?

He still hasn't been officially announced, so they may have realized people found it and were accessing it before they were ready orz. Clicking on the news portion before it went down just led you to a page that had placeholder text saying "texttexttexttexttexttexttexttext" which is. a shame but this happened with the Meikas too when they were found before being announced orz
Reactions: Kazumimi, TheStarPalace, peaches2217 and 1 other person

AHS tweeted out this press release

I couldn't help myself and wanted to try to see what he sounds like in English.

(Never tried to make a talkloid thing before, I think it could be addicting, especially when you can actually edit the syllables in the full software. Haha, now I really want to buy him.)
Reactions: Leon and TheStarPalace

I wrote down some stuff that was said during the stream. (Note: I was trying to take a practice test while listening and it was hard for me to hear what they were saying because of the constant singing in the background.)


During the stream, they said that his name kanji was unusual and that he might not be Japanese.

They said they discussed things like if he was human or not and if he should be called Yuzuru-kun or Yuzuru-san or Yuzurun and a couple other weird ones.

They said usually boy voices are high, but Yuzuri has a low voice and it might be unique compared to other male options.

His design is supposed to be a boy, but he is on the androgynous side.

I don't think they will reveal his voice provider for some reason.

They demonstrate the software. Yuzuru's image on the right is animated (blinks, mouth moves, he changes poses based on his emotion). 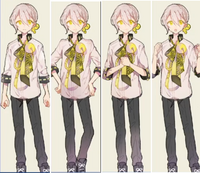 He has 281 exVOICE files and they play a lot of them, some of which are, uh... "yabai" (words taken from the stream). (He says a lot of the words multiple times in different emotions, but some of them escalate to what is essentially moaning and creepy panting.

The bells on his head are kamikazari. The decoration isn't really a necktie (they mentioned this earlier, but I can't remember clearly anymore what they said it was cause the stream was so long) (people in the chat were calling it a scarf). He is wearing suzu bells.
Reactions: peaches2217

So cute!!
If it weren't so difficult (read: relatively simple but inconvenient) to get Voiceroid to run on non-Japanese computers, I'd honestly probably stick him directly on my wishlist immediatly. Esp since Rylitah posted that lovely tutorial on getting Voiceroids to sing :')

I hope he does really well! Voiceroid fans are quite passionate from what little I've seen, and I've already seen a bunch of fanart and people saying they want him, over on Twitter. I'm glad AHS is still doing well for themselves during what appears to be a Vocaloid drought. (Perhaps to be expected from the one non-Yamaha company who's released a V5 though?)

Leon said:
If it weren't so difficult (read: relatively simple but inconvenient) to get Voiceroid to run on non-Japanese computers
Click to expand...

Ive heard Voiceroid is only designed for japanese computers, is the procedure any different from the UTAU one? Yknow for making it work.

I'm glad he's getting so many fanart from both overseas and Japanese fandom! Always nice to see new Synths get attention. ^^

But I think it's also actually kind of surprising since, if I'm remembering right, male Voiceroids are usually ignored in Japan? I wonder if his popularity (in Japan) has something do with sharing the same artist as the Kotonoha sisters... I have a feeling the English fandom is excited because we aren't getting many synth news but I still wonder what kind of reaction would there be if suddenly an English Voiceroid was announced? There would probably be a lot of fun to have with the demo version on the eng Voiceroid's site. :p
Reactions: TheStarPalace and Leon

patuk said:
Ive heard Voiceroid is only designed for japanese computers, is the procedure any different from the UTAU one? Yknow for making it work.
Click to expand...

afaik aside from JP locale, if fit doesn't work you have to try everything else -- keyboard, calendar, etc. Which, if you're a Voiceroid stan, sure, but if you're not super passionate about it then it's a bit much (imo only though!)
Reactions: patuk

Leon said:
afaik aside from JP locale, if fit doesn't work you have to try everything else -- keyboard, calendar, etc. Which, if you're a Voiceroid stan, sure, but if you're not super passionate about it then it's a bit much (imo only though!)
Click to expand...

This is true for V1, V2 is a bit more lenient. V1 requires you to transform your entire computer into a Japanese one; V2 you don't even need to change your display language for it to run. (It may be even more lenient than that, but that's the extent of what I've tested, aka I had to change my display language back to English for a bit and was pleasantly surprised when V2 worked just fine, haha)
Reactions: Leon and patuk

First Sound Future said:
But I think it's also actually kind of surprising since, if I'm remembering right, male Voiceroids are usually ignored in Japan? I wonder if his popularity (in Japan) has something do with sharing the same artist as the Kotonoha sisters...
Click to expand...

Honestly, based on what I've seen so far on Twitter, the people really wanting more male vocal synths (especially one like Yuzuru) are:

When I first saw his design, I thought he was going to be a "shota" Voiceroid (like, if Len got a talking Vocaloid bank), but I was really suprised to hear his deep tone. But at the same time, the voice is still whispery enough to match the design in my opinion. Now I just wish he was a Vocaloid, because I think he would make a really nice soft male VB.
Reactions: peaches2217 and Leon
Show hidden low quality content
You must log in or register to reply here.
Share:
Facebook Twitter Reddit Pinterest Tumblr WhatsApp Email Link