Just recently it was announced that there will be a CEVIO bank based on Kizuna AI, yes the Vtuber. There was also this one Twitter account released with some weird coding


The official announcement was told by Kizuna in her recent stream. Apparently she will be leaving the Vtuber bussines, I think.

Kizuna AI’s retirement has been out of the bag for a long while. The character’s project has been plagued with issues for a long time, beginning with the departure of AI-chan’s original actress, the creation of Love-chan and Ai-pii… etc. But a lot of people still love the character and respect the influence it has had on the modern YouTube sphere.

I actually think this is a perfect way to immortalize Kizuna Ai and allow her to live on in a positive way rather than one plagued by corporate screwups— where creators and her fans can breathe life into the character’s image and turn it into something new. Plus, there’s no more risk of a “vtuber voice” overshadowing or harming a real person’s career anymore, because the character will cease to exist in a little while.

So, yeah, I’m excited! And I like the distinctly digital direction they’re taking!
Reactions: Eviltreat16, poser, Stoo-S and 6 others

i used to really like kizuna ai, but her vtuber career kinda became a mess, so maybe this is best for her. though im bummed its a cevio because im just finding that i dont think i really like cevio.
Reactions: Blue Of Mind

I'm looking forward to it.

Not going to lie I wish she was on voice peak just because of the quality, crosslingual and not wanting to buy the Cevio talk editor. But I'm glad she'll sound different from her voice provider and will differentiate her tts.


Edit: It's actually just Kizuna, but I like the word KZN (pronounced as Kizuna) since I might confuse it with Kizuna Ai herself. And KZN sounds more sci-fi-sh, which matches the look of Robo Kizuna.
Last edited: Feb 26, 2022
Reactions: Blue Of Mind

Manager of the Yuzuki Yukari Fanclub

Kizuna CeVIO AI has been confirmed to be a song voice.

Just a tiny note, IA was only there as a back-up dancer. Granted there was like 1,800 Vtuber models also present, most are on the back audience.

I also noticed some of back-up dancers are just copies of Kizuna Ai. I have this tinfoil hat theory they got tired of using more Kizuna clones and just called 1st place to borrow IA to fill one spot. They did announced that it was urgent in their tweet.

Though I'm not sure why they just didn't use the other 1,000+ models. Incompatible models maybe?
Reactions: MillyAqualine

The CeVIO design also seems to be based on the album version for Kizuna Ai's Here for you. 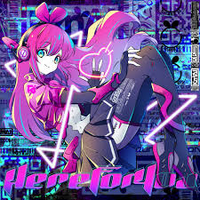 It's like, way to early for any clear sample yet. Though this is for Kizuna Ai's last concert, it may be the last and first time we'll see Kizuna AI and KZN in together like this.
Unless they will find a way to implement KZN in Kizuna Ai's upcoming anime. But it's better wait for next month or 2 for a much better developed demo sample.

I love Kizuna AI, and this whole concept of putting her voice on a synthesiser before she retires is beautiful to me.

But my god that KZN model is horrendous.
The design isn't bad in itself, but it looks like a fanloid made in two minutes in a hurry.
Which is surprising, since I consider Kizuna AI's original design to be very well done.

I guess what bothers me most is the shade of pink in the hair and the strong green in the eyes. They really don't go well together.
Reactions: morrysillusion, Blue Of Mind and WyndReed

Looking back at KZN's design. Now I get why she looks odd to me, she looks like a Cyberpunk 2077 NPC and would fit right in the game.
Reactions: Mika and WyndReed

She actually sang at the concert.

I actually didn't realize it was KZN singing that part during my first watch. I'm not even sure if it is really KZN or Kizuna Ai's since Ai was already pitchy cute from the beginning.
Reactions: WyndReed

I don’t hear enough engine noise in those clips to believe that the Cevio vb is used there.

One thing that I notices is this one word on an original character (OC) based on Ai.

Is this OC just a mascot companion? It was never mentioned if it will also sing and I don't think the company have the extra budget for it.

One thing that I notices is this one word on an original character (OC) based on Ai.
View attachment 6233
Is this OC just a mascot companion? It was never mentioned if it will also sing and I don't think the company have the extra budget for it.
Click to expand...

It sounds more like they’re saying KZN will have an original design separate from Kizuna’s design.

I really do hope that she gets a new design. That pink neon looking design really does not look appealing (.x.'')
Reactions: Nezuh and Blue Of Mind

They announced a sale date along with a full release of #kzn's demo. I could be misreading, but her bank seems to be a limited 24hr release? Or maybe the preorder window is for the download, I'm not 100% sure.
Reactions: Jikyusan, YOYo_MAMA, WyndReed and 6 others
Show hidden low quality content
You must log in or register to reply here.
Share:
Facebook Twitter Reddit Pinterest Tumblr WhatsApp Email Link